Despite the fact that multitalented theatremaker Megan van Wyk is relatively new to Hong Kong, she is already making a solid name for herself – especially in the city’s cabaret circles. SAAHK caught up with Megan to find out more about her upcoming show ‘Not Another Xmas Cabaret’.

I was born in Vanderbijlpark, but spent most of my childhood moving around South Africa.

I was offered a job and jumped at the opportunity to live abroad. I’ve been in Hong Kong for six months now.

I worked as a professional freelance theatre actor in Johannesburg. I’ve also worked as a director and writer and I have a keen interest in theatre that is socially aware.

Compared to South Africa, do you find a big difference in attitude towards drama and the theatre industry in Hong Kong?

The South African theatre industry is a hive of activity, with an abundance of talented performers and many platforms for storytelling. I’ve only been in Hong Kong for a short time, but I’m delighted at the large scope of international acts visiting on a regular basis. 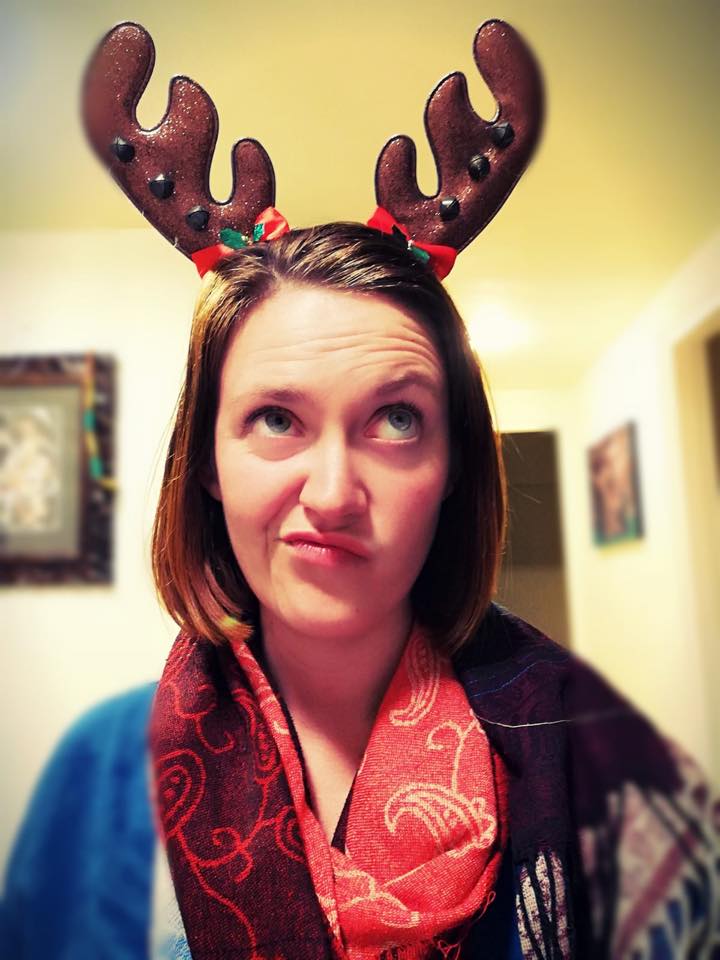 “I’ve only been in Hong Kong for a short time, but I’m delighted at the large scope of international acts visiting on a regular basis.”

Who or what influences your creativity?

Nothing is quite as motivating as a deadline! Jokes aside, I’ve found that I respond best to visual stimulus. I might see a mural or an interesting old building and start dreaming about the story behind it. But really anything can and does influence my creativity, be it a swim in the sea or a piece of music.

The energy of the city is a palpable thing, it never stops buzzing! I also love the history of the city. I learn something new every day.

I miss my family and friends the most and I sometimes miss driving, although I think I’d have a hard time coming to grips with the unspoken rules of Hong Kong’s roads.

I’ve travelled South Africa extensively with theatre tours, so many places have a special spot in my heart. But I think Underberg in Kwazulu Natal is probably at the top of my list as my husband and I had our honeymoon there.

“Voetsek!” It means “go away” or “get out” and is used by nearly all cultures in SA and I love that it is so extremely expressive. 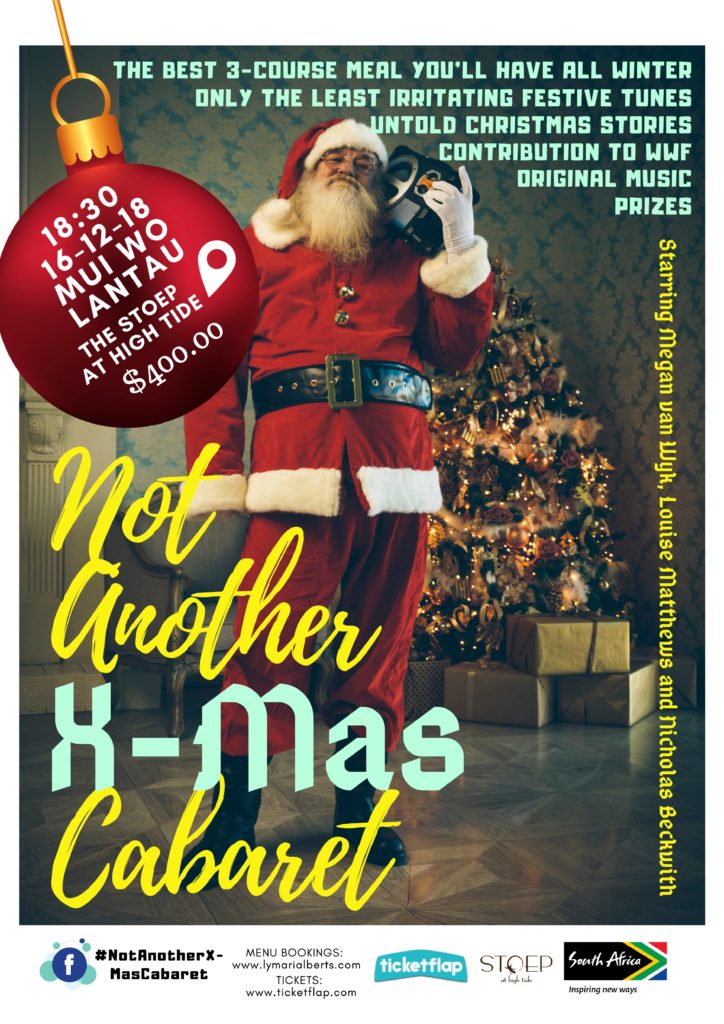 You have a cabaret coming up in December. How did the idea come about?

I initially approached my friend Lymari Alberts who is a South African theatremaker and producer. She’s been based in Hong Kong for nearly three years now. She has produced a couple of homegrown South African shows on Hong Kong soil including ‘Mooi Annie’ which she also performed in. She also produced ‘Lungs’ with Jan Brink and Hilletje Möller-Bashew and, most recently, ‘Die Oudisie’ with Lulu Botha. With that track record, I was confident we could pull off a killer show, and I’ve been dying to perform since I arrived in June. Lymari also brought Louise Matthews and Nick Beckwith to the table and I’m excited to be sharing the stage with such talented performers.

The inspiration for the cabaret comes from my aversion to the insanity that seems to take hold of most people during the festive season, but also the fact that this is my first Christmas abroad and that I won’t be spending it with my family. I didn’t want to do something sentimental and cheesy though. This is why we decided to call the show ‘Not Another Xmas Cabaret’. We’ll only be singing the least annoying Christmas songs. We’ll also be playing some games and there are prizes to be won. Audiences can visit www.lymarialberts.com for more details.

Are there any other future productions or projects in the pipeline?

Definitely! I’ve been working with Mercury Events on their monthly immersive cabaret experiences in partnership with Salon 10. Although that’s been keeping me busy, I’m a theatremaker at heart so I’ll be working on some original productions in the new year. I usually post about upcoming events on Instagram; my handle is @miss_meg7n.