Hong Kong-based South African author, Louis van Schalkwyk, has turned his passion into a profession with the publication of his debut thriller novel ‘The Discarded’. SAAHK finds out more about his writing journey and his upcoming second novel.

Where in South Africa were you born?

I was born in Pretoria.

Before moving to Hong Kong my wife and I spent a short time living in Hanoi, Vietnam but found that it wasn’t for us. We were considering returning to South Africa but at the last minute we were placed in touch with a school in Hong Kong that was looking for teachers. We both applied and were accepted and here we are, four and a half years later, absolutely loving the Hong Kong life. I still teach kindergarten students but my wife is now in the corporate travel industry.

Quite a few things, actually. I had spent fifteen years in restaurant management in the hospitality industry in South Africa, as well as doing some freelance writing for a kids educational television show called Rivoningo and an Irish sports website called RugbyLAD.

You recently published your debut novel The Discarded. What inspired you to become a full-time author, and how did you decide on the genre?

I have always been an avid reader of fiction, predominantly the works of Stephen King, Dean Koontz and Anne Rice. This, along with a nudge from my high school English teacher, inspired me to begin writing my own stories. Over time I have filled several folders with short stories and novels while learning the skills I needed to write something that I could be proud enough of to publish. The Discarded is that story and it has led me down a path that will produce many more books to come. As far as genre goes – I feel that the thriller novel, whether supernatural, psychological or crime thriller, is the most effective at sending chills down the reader’s spine, as the monsters in these stories are very much plausible and it exposes the darker side of human nature. 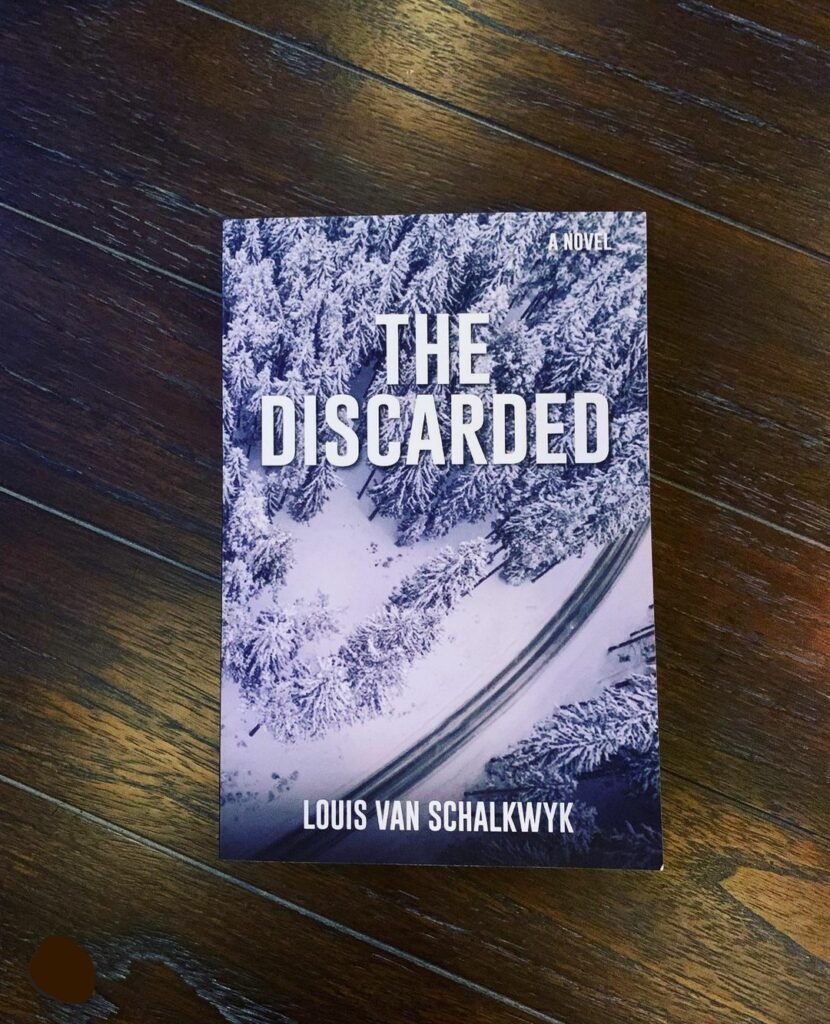 You have a second thriller novel in the pipeline. Is each book a standalone story or are you building a body of work with connections between the books?

My second novel will be a standalone story as The Discarded is and will be out just before Christmas. In a nutshell, the story is about a crew on board a research vessel that stumbles upon a woman floating in the middle of the ocean in a tattered lifeboat, and soon after they let her on board things begin to go wrong really fast. The third one could possibly be the start of a series which is built around one of the characters from The Discarded. If you’ve read it you’ll probably have a pretty good idea which one it is. But I’d have to complete talks with my publisher about that before anything can be set in stone.

Do you have a South African literary idol?

Not per se, but I do enjoy the works of Dalene Matthee, Wilbur Smith (who is partly South African as far as I can tell) and Nadine Gordimer.

Where to start? I appreciate the standard of living here. Everything runs like clockwork and the safety aspect is a massive plus. I’m also a huge fan of the variety of cuisines on offer at the multitude of restaurants here. The only downside to that is that it means an increase in exercise as well.

Well, I’ve just returned from a three week stay in SA so not too much right now. But in general I’d say the accessibility to wide open spaces and African wildlife. My wife would say Woolworths, naturally.

I would have to say the bushveld in Limpopo Province. I spent a part of my childhood on a game farm in the Vaalwater/Nylstroom area and I have fond memories of waking up before dawn in the freezing cold winter to go on game drives and chase bushpigs and warthogs out of the cornfields.

No, but I do have a pet peeve of South Africans spelling “lekker” as “leka” on text messages or social media posts. I suppose it’s the grammar police in me that makes that decision. 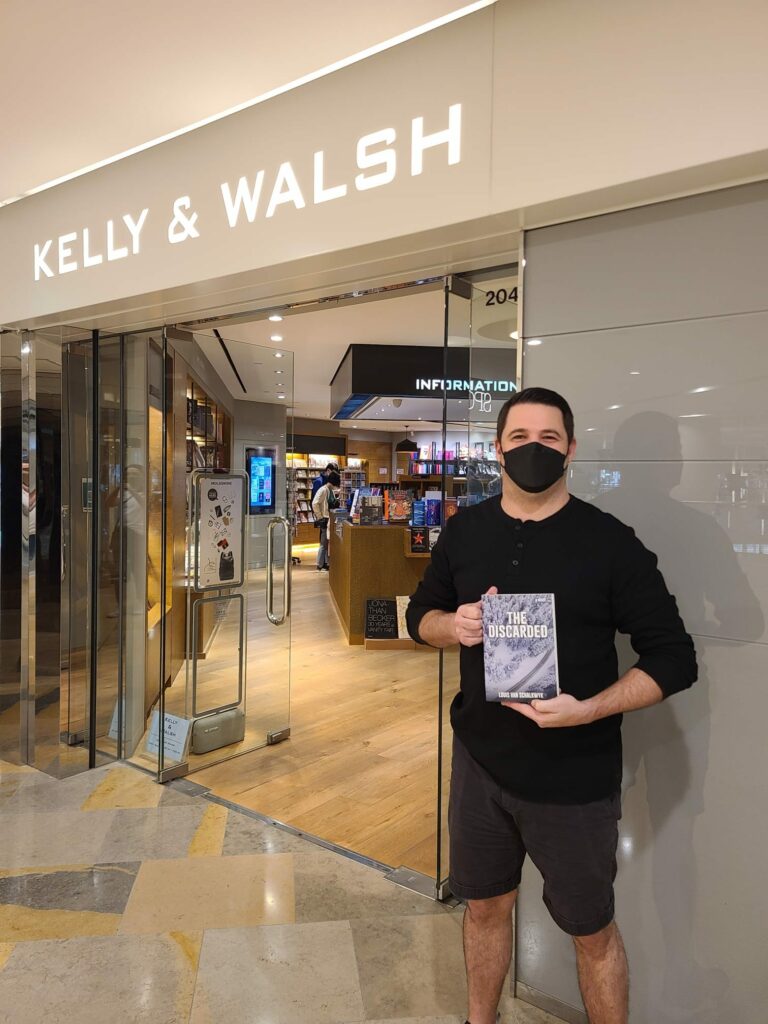 Where can readers in Hong Kong get a copy of The Discarded?

The Discarded is available at the Kelly and Walsh bookstore in Pacific Place as well as in The Hong Kong Book Centre in Central. It is also available via Amazon and all other major book retailers such as Barnes and Noble. Readers can also Google the title to find the store or outlet that works best for them. I can also be contacted directly if readers would like to purchase a signed copy.

If you would like to get in touch with Louis, please check out his contact details below.