With her feet in Asia and her heart in Africa, multilingual Afro Asian artist Eli Zaelo effortlessly switches between English, Mandarin and  African styles of singing in her quest to bridge the gap between African and Asian cultures. This multi-talented performer has been calling Hong Kong home for the past three years and regularly entertains audiences in the city with her unique style of music. SAAHK caught up with Eli to find out more about her vision of bringing African and Asian cultures together, as well as the inspiration behind her music. 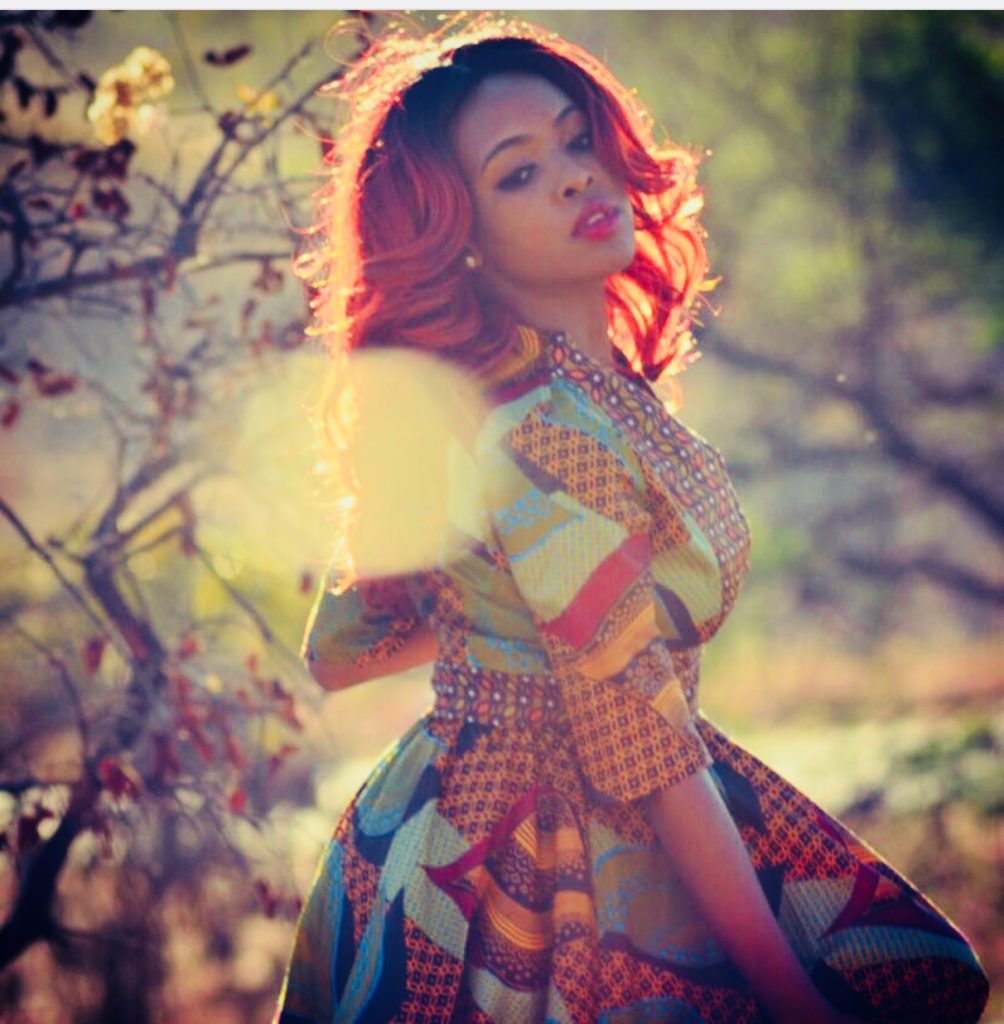 I was born and raised in my favourite city in the world – Pretoria, South Africa.

I first moved to Hong Kong to work at Disneyland as part of the cast of the Lion King – I played the role of ‘Nala’. I did that for just over a year and a half. Then I went back home for a year to rest and regroup before returning to pursue my solo career.

After high school I decided to expand my knowledge musically and enrolled at the Los Angeles College of Music for a few months. When I returned to South Africa I began singing full time with a band. I even got to perform at Sun City which was a great honour. I’m also an actress, so I did that while I was back home as well. I have acted in eight Mzansi Magic films to date.

Your repertoire is multilingual and includes Mandarin. How did that transpire?

One thing I have noticed about the general atmosphere of Hong Kong is that people love entertainment. Everyone is always out and about, working hard and playing hard. I knew from an early age that I was destined to be an entertainer, whether it be singing, acting or dancing – it just always came naturally to me.

Right before I left my role in Hong Kong Disneyland, a beloved mentor suggested that I try to sing in Mandarin. At first I was taken aback because it seemed like such a difficult thing to do, but when I returned home I contacted a tutor and started learning Mandarin. I fell in love with the language and still continue my efforts to learn it. I decided that if I was going to do this, I would have to do it as ‘me’ and stay true to myself – hence the African instrumentation. The more the idea was knitted together, the more I wondered why I hadn’t done it sooner! From then on, everything (including how I met my current band) just fell into place effortlessly. Now there is no turning back! 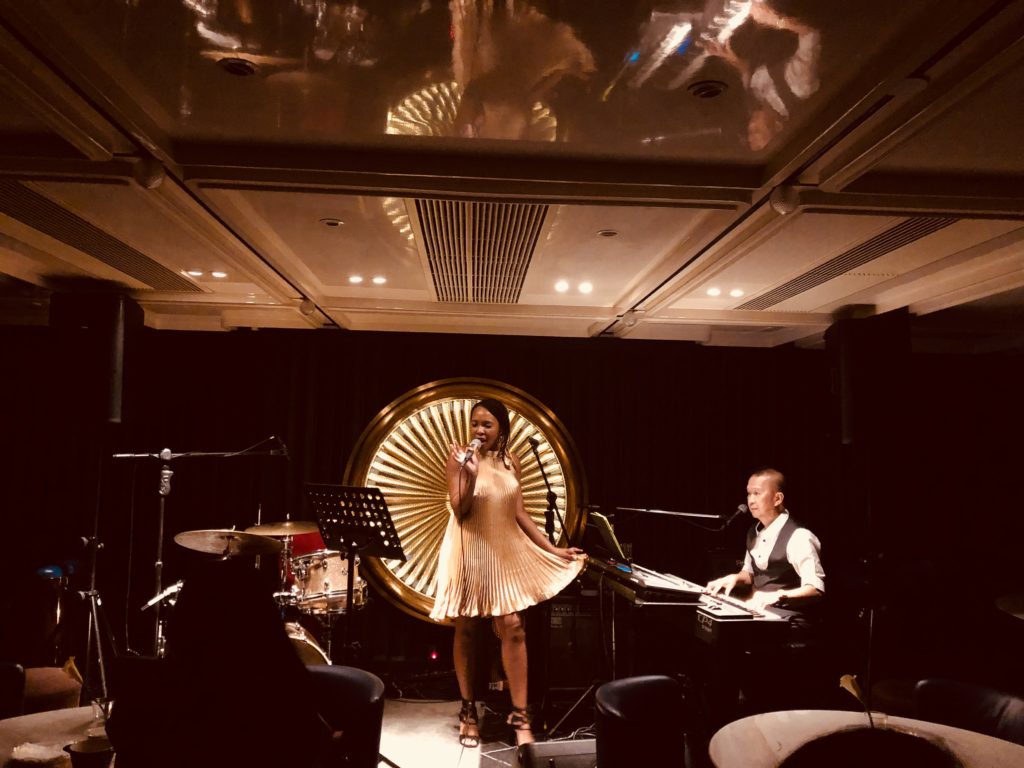 “I just love good music. Anything that is well delivered musically works for me.”

Who is your musical inspiration?

I have waaay too many to count! You would be surprised to know the kind of music that I listen to and enjoy. I remember once asking a band during a gig to play “Sweet Child O’ Mine” by Guns N’ Roses. They couldn’t believe that I even knew or listened to rock music! I could go from listening to Gospel in the morning, to RnB on my way to work, to African music during my lunch break to Pop/Pop Rock on my way back from work. I just love good music. Anything that is well delivered musically works for me.

In terms of artists, I listen to a lot of Corinne Bailey Rae, Lauryn Hill, John Legend, Israel Houghton and Yolanda Adams. When it comes to African artists, I enjoy Ntokozo Mbambo, Black Coffee, Mafikizolo, Sjava and Davido’s music. Naturally, I have also started listening to Mandopop artists. I love JJ Lin’s music, as well as By2 and Jacky Cheung. I also enjoy listening to the late great artists Anita Mui and Teresa Teng.

What genre of music do you most enjoy performing?

Afro-pop without a doubt! Nothing in the world compares to that African kick drum. It gets you dancing no matter what mood you are in. I enjoy seeing people happy and enjoying themselves, so I know that Afro-pop music always does the trick. 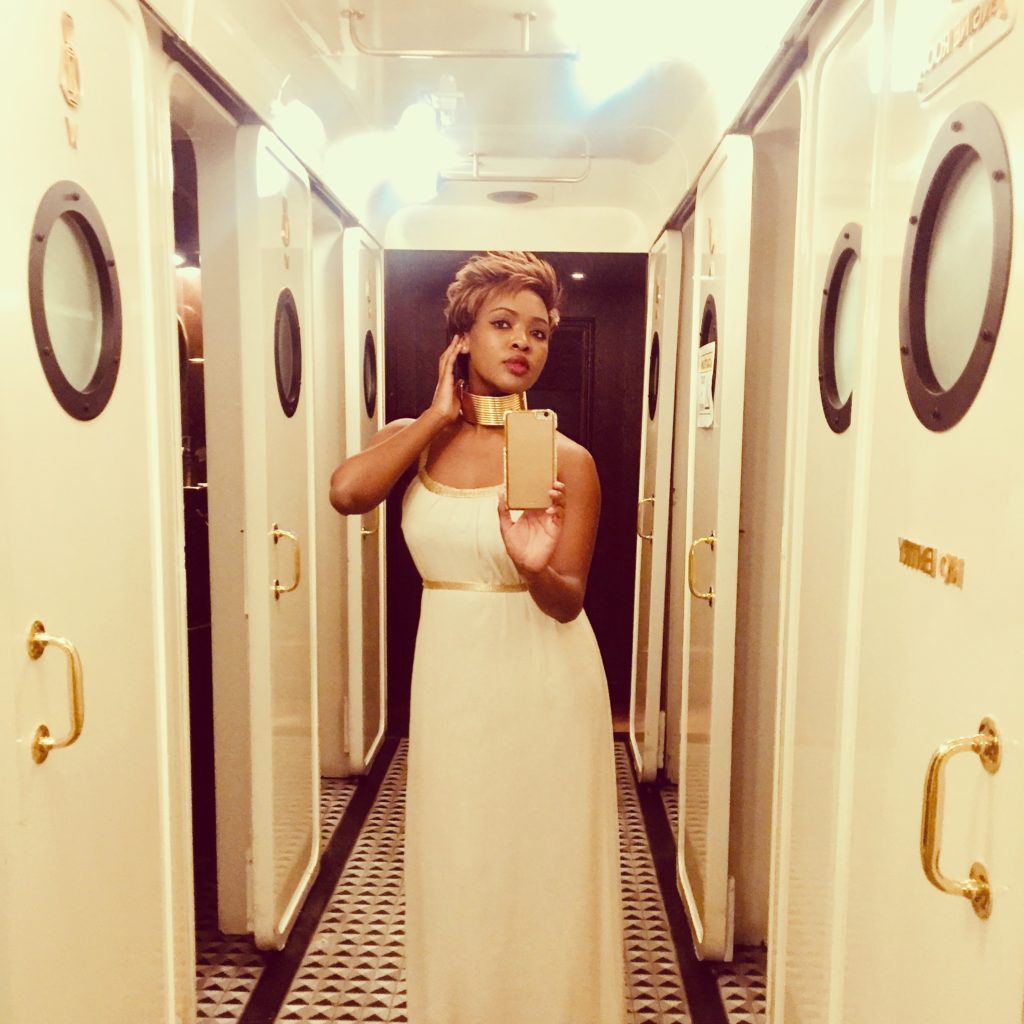 “Nothing in the world compares to that African kick drum. It gets you dancing no matter what mood you are in.”

I love a lot of things about Hong Kong, but the transportation system would have to top the list. It’s very efficient!

Definitely the food. I always gain weight when I visit home because I just want to eat everything.

Pretoria. I love the people, the environment, the dialects – everything about Pretoria just feels so familiar and feels exactly the way home is supposed to feel to me.

I wouldn’t say that I have a favourite expression, but I tend to say “Eh!” a lot when something catches me off guard.

Where can we see you perform in Hong Kong?

I perform at various places and try to update people as much as I can on my social media pages. I perform most regularly at Foxglove (on Wednesdays) and Iron Fairies (on Saturdays), both in Central. In September you can also catch me performing at the Southern African Association’s Wosa Mzansi – A South African Heritage Celebration and Sustainability Solutions Fair on the 16th at WWF Island House in Tai Po, as well as the SaffaFest 2018 at PMQ on the 22nd alongside South African rapper Jack Parrow.

Please check out Eli Zaelo’s social media pages if you would like to find out where you can see her performing next.