On 9 June 2018, SAAHK and Toma-Now combined forces to bring the first ever Street Store to Hong Kong. The Street Store concept was born in South Africa and has since gone global with over 580 Street Stores held all over the world. The Street Store is is a pop-up store where the homeless can shop for free. Being able to choose instead of having to take what’s given to them restores power and agency to homeless and vulnerable individuals.

Why bring the Street Store to Hong Kong?

In Hong Kong there is a vast gap between the haves and the have nots. In this affluent city, the conspicuous wealth truly highlights the social inequalities experienced by so many of its residents. Many individuals in Hong Kong are sleeping rough and one in five live below the poverty line. A vulnerable section of the elderly population also need to collect rubbish to earn a meagre living. 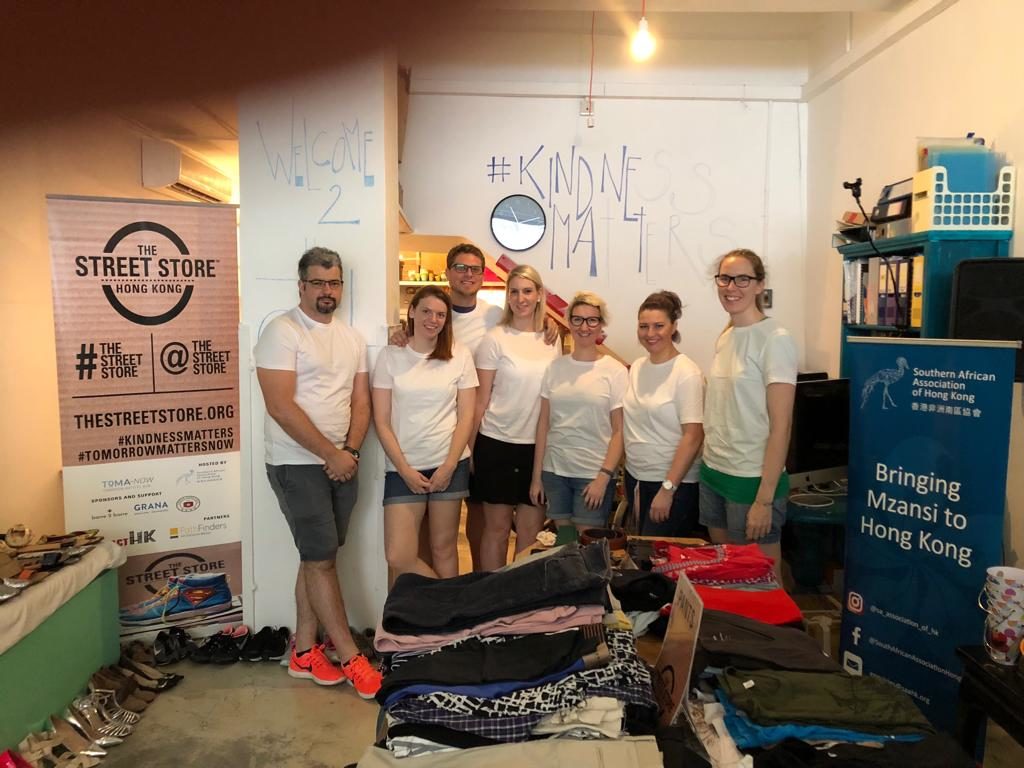 SAAHK and Toma-Now thus saw the need for the Street Store in Hong Kong and in the months leading up to the event we collected gently-worn, clean clothing from collection points all over the city, including Barre 2 Barre and The Guest Room. The Street Store was set up at The Guest Room, ImpactHK’s newest venture in supporting Hong Kong’s homeless community. We opened our doors to the homeless, street cleaners, migrant women from Pathfinders and other vulnerable individuals in need. 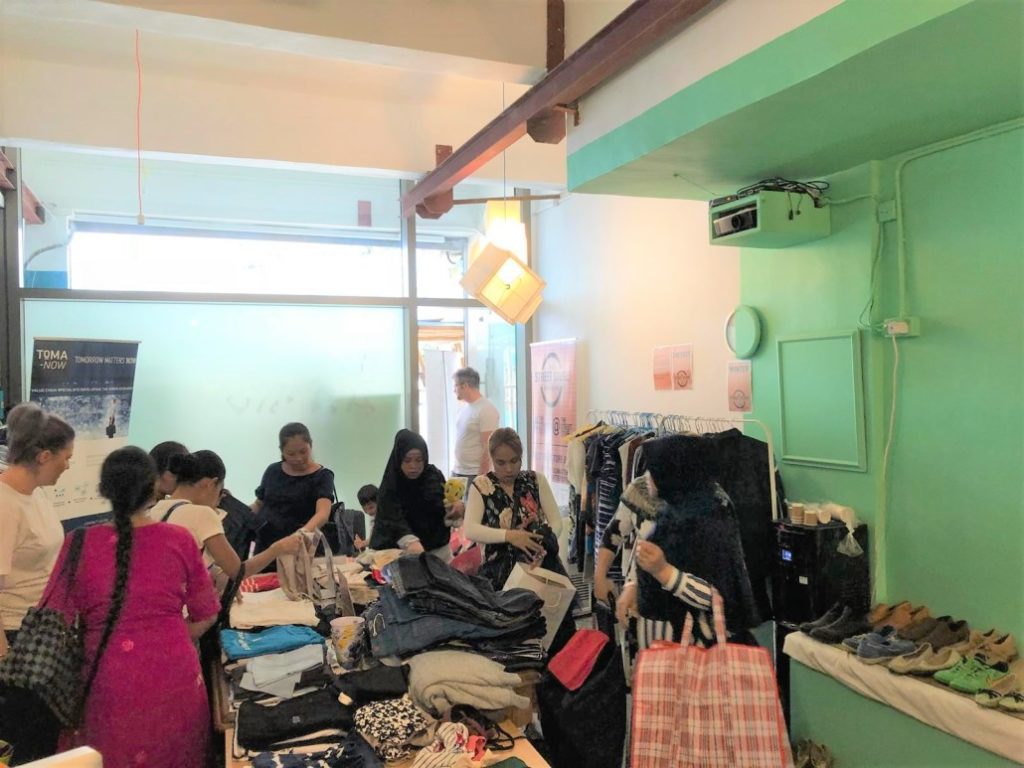 On the day more than 50 individuals in need visited the Street Store. South African stylist Yentl Snyman from Hollywood Hair at Glow Salon also gave free haircuts on the day. 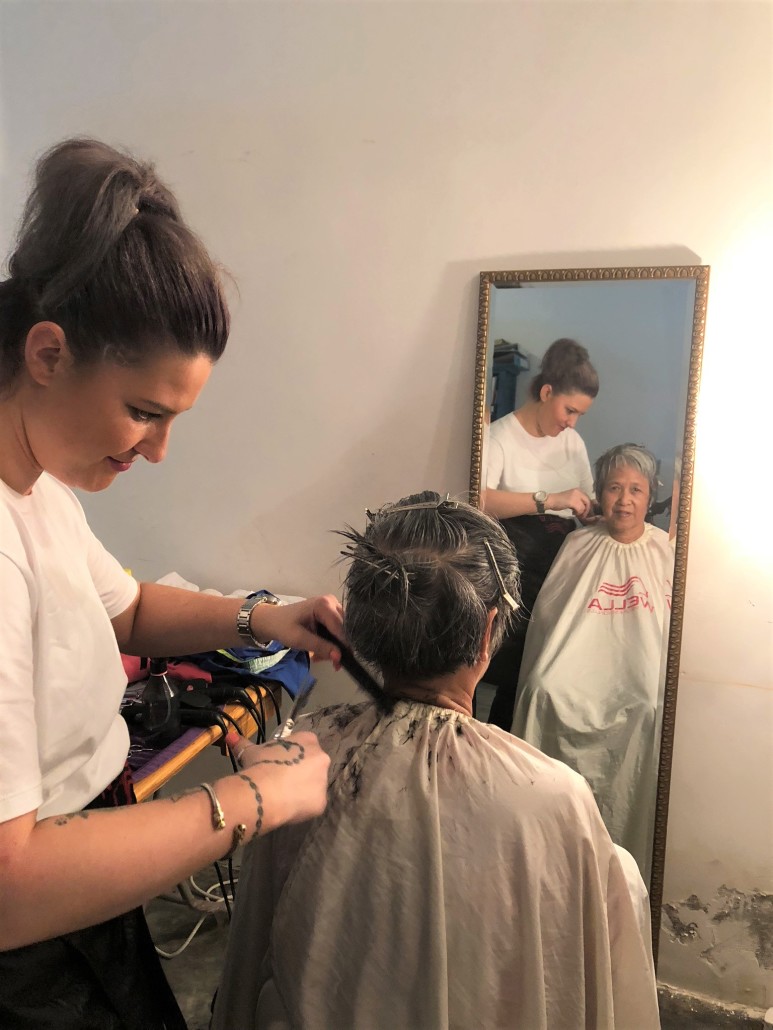 This day would not have been possible without the generosity and support of our sponsors Debate Hong Kong and Grana. 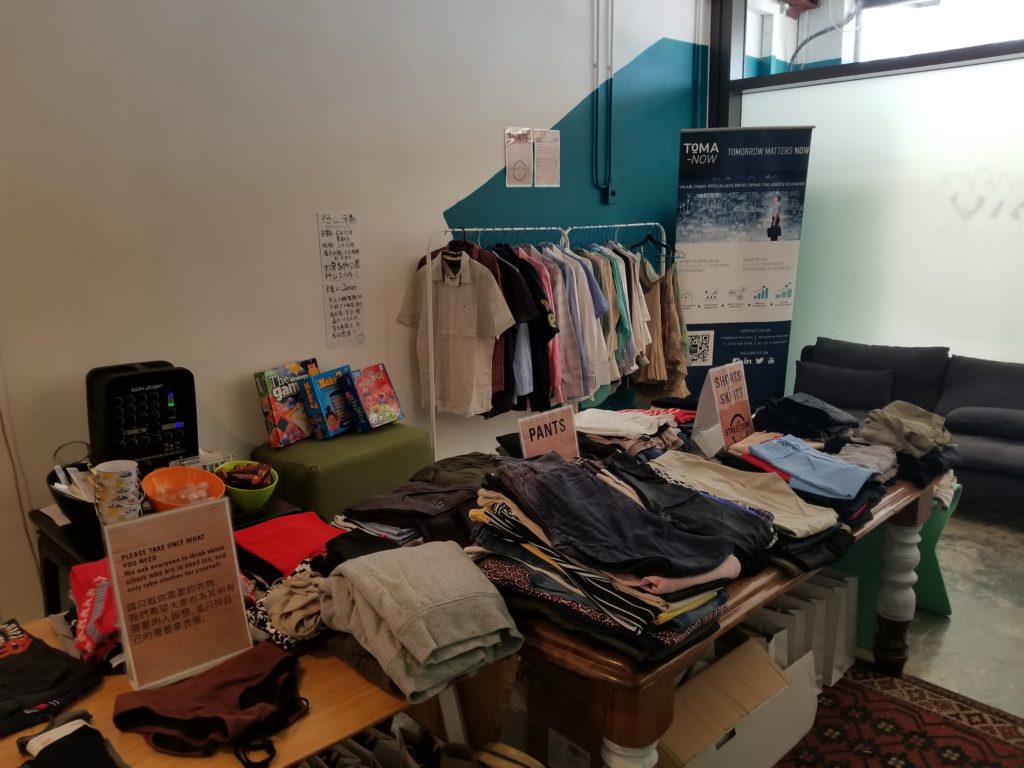 We are looking forward to serving an even bigger community in need at Street Store 2019!