Don’t miss the one-day only performance of Longe / Lungs on 12 November 2017! The beautiful and bubbly Longe / Lungs actress, Hilletje Bashew, and South African director JP du Plessis, tells us a little more about this theatrical masterpiece. 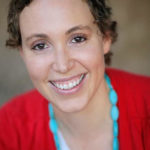 “Lungs is a deliciously modern play about a man and a woman having a conversation that spans over a lifetime.

The simplicity of this piece is aesthetically brilliant.  Set on a bare stage with just two actors, the audience is able to connect with the story and the characters on a deeply intimate level.  As the man and woman go on their brutal, tender journey through pregnancy and parenthood the basic human condition unfolds before the audience’s eyes.

During the arts festival in South Africa where we first premiered the production, we had a couple of rehearsals in my mom’s apartment. Lungs is written super naturalistic, like ragingly so, and the next door (retired and maybe a tad nosy) neighbour must have heard us rehearse a couple of times, because one afternoon I was on my way out of the building when I bumped into her and she took my hands and said  “I really hope you work things out with your partner, he sounds like a very nice man.” She totally thought that Jan was my partner and we were clearly talking through some issues. HA!” 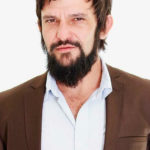 “Duncan Macmillan suggests that the play be done without using set, props, lights, sound, costume changes and even mime to indicate space and time. In this ‘restriction’ we surprisingly found a lot of freedom in navigating the two characters.

By excluding most theatre conventions all of our attention on the characters are magnified. Like two symbiotic cells they engage, entwine, separate and become one again while hovering in the empty space. Through highlighting the often hysterical, the meaningful and seemingly mundane moments that make up their lives, their story becomes universal. The inevitable, consistent and often brutal flow of time brings us to a truth that takes your breath away. Life is a fleeting gift.”

Tickets are available at:

The 60-minute show will have two performances (in Afrikaans and English) at The Hive Studios in Kennedy Town on 12 November 2017.